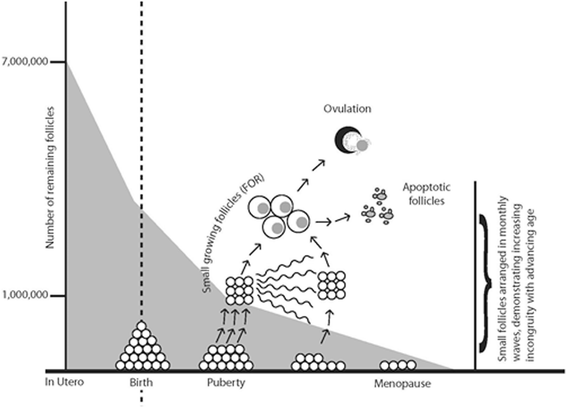 Other day, I went to a masseuse for calming oil massage to feel relaxed and get restful sleep for a night. Although summer was away, hot flushes and night sweats were keeping me awake at night, so I thought of trying a good massage to help me sleep well.

The masseuse’s first response, “you are too young to experience such symptoms often accompanied with menopause.”

I smiled and told her “I look young that does not mean my ovaries are young too.”

My previous fertility doctor always says, “fertility is not skin deep, no matter how younger may look from outside or feel in great health, have most healthy lifestyle, your fertility health is not necessarily the same.”

Unless you pay attention, get evaluated and try for pregnancy, you will never know your true fertile potential.

I was young in my early thirties to be diagnosed with seriously depleting ovarian reserves. While I was trying to conceive, I remember completely exhausting scientific literature on ovarian biology and available fertility treatment options to rescue poor reproductive health. The medical acronyms on different disease states linked to ovarian aging are quite confusing for many of us and can easily make one feel hopeless.

Here is an excerpt of what you need to know as a fertility patient if you are diagnosed with advanced ovarian aging.

Each month, only few of the follicles get selected from the oocyte pool and grow into mature follicles. And only one of the winning follicle releases egg every month, the rest of growing the follicles undergo apoptotic death (programmed cell death). Moreover, there is natural loss of oocytes that occur due to a phenomenon called “atresia” from the overall reserve. Women are programmed to lose eggs on a steady state.

As you can imagine, there are large variations in the number of oocytes within each woman, the rate of natural loss may be higher in some women that may make them run out of eggs sooner in their life span. When women completely deplete the reserves, menopause begins.

Unfortunately, scientists are limited in our knowledge of what controls this number or rate of loss but the available ovarian reserve certainly drives our fate to reproduce and a build a family.

The alphabet mystery of diagnosis:

Depending on the state of depletion of ovarian reserves, the conditions may be categorized into DOR (Diminished Ovarian Reserve) or Premature ovarian aging (POA), Premature Ovarian Insufficiency (POI).

One of the common reasons for infertility in women is DOR, a medical condition in which women are left with fewer eggs than expected based on their biological age.

According to study published in 20153, a survey of 796 fertility centers worldwide showed that 51% of clinics considered AMH was the best test for measuring ovarian reserve, while 40% reported AFC was the best test and only 6% selected basal FSH. However, age was considered the best factor to predict pregnancy at 80% response rate, a small percentage selected AMH (4%) or AFC (3%).

Typically, an elevated FSH and low AMH level according to standard range based on age is diagnosed as DOR in women having regular periods.

Approximately 10% of women in an infertility clinic, totaling 275,000 women in the USA, are diagnosed with DOR. Recent CDC report from the USbased national Society for Assisted Reproductive Technology (SART) system show 32% of in vitro fertilization (IVF) cycles (approximately 66,000 cycles) carry a diagnosis of DOR2.

POI women can occasionally start getting their periods randomly, they can be considered fertile during this period and may conceive naturally. However, they invariably have to resort to donor eggs if they wish to become pregnant.

The poor response in IVF is attributed to (i) advanced maternal age or any other risk factor for POR; (ii) a previous POR; and (iii) an abnormal ovarian reserve test (ORT). ESHRE (European society of human reproduction and embryology) introduced Bologna criteria to standardize the definition of POR based on key features of age, FSH, AMH, AFC and other risk factors. However, the discussion is still ongoing regarding cut-off levels for each of the categories to reach to more uniform definition of POR across various fertility clinics4.

POR is not only accompanied with DOR as there are many other conditions associated with poor ovarian response to stimulation regimens eg women with endometriosis or women with previous history of ovarian surgery for removal of ovarian cysts. Neither of these examples are considered a cause of DOR however they usually result in poor response to ovarian stimulation.

My name is ... View all posts by myfertilitypal